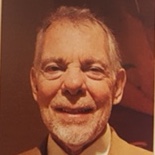 As a physician, teacher, administrator and writer, Dr. Anthony Lechich has focused on quality of life and dignity in death for the institutionalized elderly and persons with late-stage Huntington’s disease. He has tirelessly advanced this mission in collaboration with colleagues, students, physicians-in-training, families, and the nursing home care teams. He graduated from SUNY Downstate; interned at St. Vincent’s Hospital; served as Captain in the US Army Medical Core during the Viet Nam war; and did residencies at Waterbury Hospital and Yale New Haven Hospital. He has had an internal medicine practice in Greenwich Village, served as Senior Attending MD at the Chelsea Village Home Care program; and was the first director of the Primary Care Residency in General Internal Medicine at St. Vincent’s Hospital. From 1994 to March 2016, Dr. Lechich served as medical director at the 613-bed Terence Cardinal Cooke Health Care Center (TCC) with additional service most recently at the Mary Manning Walsh nursing home. In January 2016 he was appointed Sr. Vice President for Clinical Strategy at ArchCare. Long devoted to the care of late-stage Huntington’s disease at TCC, he also serves as the Co-Chairman of the NY State Advisory Workgroup for Neurodegenerative diseases in a state-wide effort to improve access to care for those with ALS and Huntington’s disease. To inform, accompany, and serve those most in need remains his life-long passion.