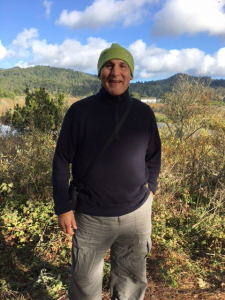 When a young Paul Kaplan met Dr. Norm Coleman in 1983, Dr. Kaplan was mentoring Coleman at Stanford. Paul became a close friend of Norm’s, a relationship that spanned nearly four decades, and he developed a sincere interest in Coleman’s work to expand access to high-quality radiation therapy. After participating on a summer- long trip in 1994 to Nepal with the Colemans and others, Paul, Norm and colleagues from Harvard conceptualized the idea of developing projects to build cancer treatment capacity in underserved countries with radiation therapy as a key component. In the many years since, Paul remained a supporter of this mission to support access to cancer care and, ultimately, the work of ICEC. Paul’s nearly $1 Million dollar bequest to ICEC will support the careers of young cancer physicians interested in global health and expanding access to high-quality cancer care by funding their research projects in association with mentoring relationships between mentors in High-Income Countries and cancer professionals in Low- Middle-Income Countries. In this way, Paul will be continuing his family’s legacy – Leah and Henry Kaplan and Ann Kaplan Spears – by advancing cancer care through innovative technology, addressing inequity to access and enabling future generations by mentoring the next leaders in global cancer care.

Sixty-four years ago (1957), the first patient in the United States, a child with retinoblastoma, was treated with linear accelerator-based radiation therapy by Dr. Henry Kaplan, Paul’s father, at Stanford University Hospital, located at the time in San Francisco, on a machine that Kaplan and engineer Edward Ginzton developed. His legacy continues with a memorial endowment gift from his son to the International Cancer Expert Corps (ICEC) to support its work of expanding access to radiation therapy globally for underserved populations. The endowment is named the C. Norman Coleman / Paul Kaplan Endowment Fund for Mentorship.

Dr. Kaplan, a pioneer in the treatment of Hodgkin Lymphoma using a linear accelerator (LINAC), was the first radiologist inducted into the National Academy of Sciences and the first physician recipient of the Atoms for Peace Prize in 1969; an international prize established to advance peaceful uses of nuclear technology. He was a mentor to countless physicians, many of whom have gone on to have distinguished careers in radiation oncology in leading organizations around the country, as described in the article Research-driven Radiation Oncology: A Narrative on the Legacy of Henry S. Kaplan. They, in turn, have been mentors to others, extending the reach of this expertise globally. Many of these Radiation Oncologists − C. Norman Coleman, MD (NCI, Radiation Research Program), James Metz, MD (University of Pennsylvania, Penn Medicine) and David Pistenmaa, MD, PhD − are involved with the work of ICEC serving as mentors to physicians working in Africa and other low-resource countries or by working on a global technology initiative to develop a new LINAC for challenging environments. Coleman was instrumental in the establishment of ICEC.

Other members of the Kaplan family, including the Shenker families, have also contributed to the fund recognizing the opportunities the endowment provides to mentors and mentees alike. ICEC is accepting additional contributions to the C. Norman Coleman / Paul Kaplan Endowment Fund for Mentorship. Please consider supporting the endowment.
Request for Application Information Support the Endowment
For more information on how to support the Coleman / Kaplan Endowment contact the ICEC Development Office at
development@iceccancer.org.
Scroll to top