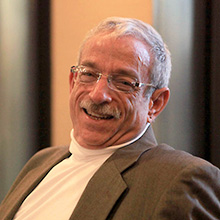 In 1984-85, Dr. Meezan served as a Congressional Science Fellow sponsored by the Society for Research in Child Development, while in 1993-1994 he was a Senior Fulbright Scholar in the Baltic States, where he helped organize the first schools of social work in Lithuania and Latvia.  In 1997 he received an honorary degree from the Higher School of Social Work and Social Pedagogics “Attistiba” in Riga for his contribution to the development of social work education in the Latvian Republic, and in 2005 he was inducted into the Columbia University School of Social Work’s Alumni Hall of Fame.  More recently, he has been named a Social Work Pioneer by the National Association of Social Work; he was awarded an honorary Doctor of Humane Letters from the University of Vermont in May of 2013.

Dr. Meezan is the recipient of the Society for Social Work Research’s Outstanding Research Award (2000), and the Pro Humanitate Literary Award/2009 Herbert A. Raskin Child Welfare Article Award from the Center for Child Welfare Policy of the North American Resource Center for Child Welfare.  He has written extensively along the entire continuum of child welfare services, including over numerous articles and chapters in peer reviewed journals and anthologies.  He has co-authored four books and co-edited six other volumes.  His most recent interests include issues of systems change in child welfare, mission drift in child welfare, the development of children raised by lesbian and gay parents, and research methodologies appropriate for the use with LGBT populations.

Dr. Meezan has been a consultant to numerous social agencies, foundations, schools of social work, and national organizations, and has served on the Boards of the Society for Social Work Research (Secretary and Treasurer), the Institute for the Advancement of Social Work Research (President), the ANSWER Coalition, and the Group for the Advancement of Doctoral Education in Social Work (Secretary), as well as a number of social agencies concerned with children’s mental health and the containment of the AIDS pandemic.  He has also served as the Chair of the National Publications Committee of the National Association of Social of Social Workers.