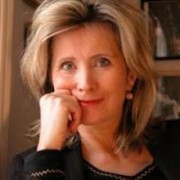 A prolific researcher (greater than 150 publications), Dr. Formenti has pioneered the use of concurrent chemo-radiation in locally advanced breast cancer (LABC). Her research has been consistently funded by NIH, ACS, BCRF and Komen, and culminated in 2005 with a Center of Excellence Award from the Department of Defense Breast Cancer Research Program to study the biology and outcome of international LABC (Mexico, India, and S. Africa).

Inspired by clinical observations, Dr. Formenti has demonstrated in preclinical models how ionizing radiation can result in immunogenic cell death, converting the primary tumor into an individual in vivo vaccine. Another research focus is reducing late cardiovascular toxicity of breast cancer radiotherapy with a prone technique that excludes heart and lung. Recognized by high impact journals like JAMA and NEJM, her research has resulted in a US patent and a CME course offered since 2007, with wide international outreach and training.