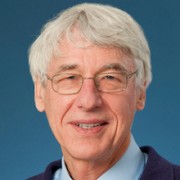 Dr. Tannock is Emeritus Professor of Medicine and Medical Biophysics at Princess Margaret Cancer Centre and University of Toronto. He obtained his PhD in London, England and his MD at University of Pennsylvania, Philadelphia, USA. His clinical research investigates methods related to cancer clinical trials, and he chaired trials for men with metastatic prostate cancer that led to licensing of previous (mitoxantrone) and current (docetaxel) standard chemotherapy.

His laboratory research evaluates effects of the tumour microenvironment on outcome of cancer therapy. He is an editor of the Basic Science of Oncology textbook, now in its 5th edition that is used by trainees in all branches of oncology. Dr. Tannock was a member of the Board of Directors of the American Society of Clinical Oncology (ASCO) from 2001-2004.  He received the alumnus award from M.D. Anderson Hospital, Houston, USA (1989), the Warwick Prize from the National Cancer Institute of Canada (2003), an honorary degree (DSc) from London University, UK (2009), and the European Society of Medical Oncology (ESMO) award (2012), the first non-European to receive this award. He chairs the scientific audit committee of the European Organisation for Research and Treatment of Cancer (EORTC) and is a member of the EORTC Board.

Dr. Tannock was appointed a Member of the Order of Canada in December 2013.