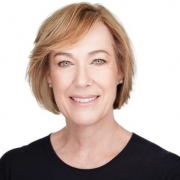 O’Brien has over 25 years’ experience working in executive positions in healthcare including serving as an executive at the University of Texas MD Anderson Cancer Center in Houston where she was responsible for inpatient operations, and as Executive Vice President of the Catholic Health System of Long Island (a $2 billion health system with six hospitals, four nursing homes, homecare/hospice) where she led the formation of the health system and its expansion. In recognition of her contributions while serving for nine years as a Special Advisor to the Director of the National Cancer Institute (NCI), she received the National Institutes of Health Director’s Award for her work on the development of a new program model for cancer care delivery and research and its implementation in 30 hospitals in 22 states across the U.S.

Ms. O’Brien currently serves on the Board of Directors of the College of the Holy Cross and she has extensive board experience including service on three national health system Boards of Directors and the Board of Fidelis Care the largest Medicaid Managed Care plan in New York State. As a Member of the Board of Regents of Seton Hall University for nine years, she Chaired the Audit Committee, and served on the Task Force that led the planning for the Seton Hall University Hackensack Meridian School of Medicine. The Governor of New York State appointed her to serve on the Commission on Healthcare Facilities for the Twenty First Century (the Berger Commission).  She has several cancer-related publications and is co-author of the book Managing Disruptive Change in Healthcare: Lessons from a Public-Private Partnership to Advance Cancer Care and Research (with A. Kaluzny, Oxford University Press 2015) with the proceeds directed to the NCI for cancer research.

A graduate of the College of the Holy Cross, with a Masters in Health Administration from St. Louis University, O’Brien is Board certified as a Fellow in the American College of Healthcare Executives.