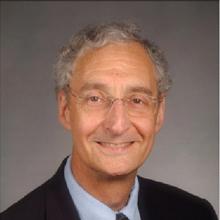 Dr. Coleman received his MD from Yale University and is board certified in medical oncology from the National Cancer Institute (NCI) and radiation oncology from Stanford University. He was a faculty member at Stanford for seven years and from 1985-99 he was Professor and Chairman of the Harvard Medical School Joint Center for Radiation Therapy. Since 1999 he has been in the Radiation Research Program at NCI. Additionally, since 2004 he has also been a Senior Medical Advisor in the Office of the Assistant Secretary for Preparedness and Response in the Department of Health and Human Services working on the national radiological and nuclear disaster response. For this and for his work assisting in Japan during the 2011 multiple disaster he was awarded the 2011 Samuel J. Heyman, Service to America Homeland Security Medal.

With a career-long interest in community outreach to the medically underserved he helped develop a community radiation oncology satellite program for Stanford and he established a unique academic-community outreach model for the underserved cities outside Boston while at Harvard Medical School. At the NCI he helped conceptualize the Cancer Disparities Research Partnership program which demonstrated the success of mentoring in building cancer research programs in regions many thought “too hard” to reach. This successful mentorship model forms the basis of ICEC and illustrates the critical importance of sustainability. Experience shows that sustainability requires a non-government organization that can partner with other countries, professional societies, industry, philanthropy and government programs. From extensive international travel with his wife Karolynn for over 40 years he has an appreciation for how much different cultures can learn from one another and the potential benefit from bringing the world together in cancer care and research by a bottom-up, listening-to-one-another approach. He has personally collaborated with many of the world renowned experts who are the founding members of ICEC. Federal regulations are such that the ICEC is separate from his work at NCI, yet ICEC and the Center for Global Health at NCI will work together when possible. He is serving as the Senior Scientific Advisor of ICEC.