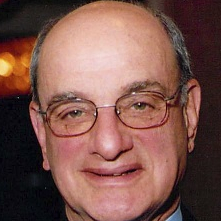 Mr. Alperin, who is retired, served as Vice Chairman of Hasbro, Inc. from 1990-1995, as Chief Operating Officer of Hasbro from 1989 through 1990, and as Senior Vice President or Executive Vice President of Hasbro from 1985 through 1989. He was a director of Hasbro from 1985 through 1996. Prior to joining Hasbro, Mr. Alperin practiced law in New York City for 20 years, dealing with corporate, public and private financial transactions, corporate mergers and acquisitions, compensation issues and securities law matters. Mr. Alperin currently serves as a director of Henry Schein, Inc. (and is Chairman of its Compensation Committee and a member of its audit and governance Committees), a director of Fiesta Restaurant Group, Inc. (and is Chairman of its finance committee and a member of its audit and corporate governance and nominating committees) and a director of Jefferies Group LLC (and is a member of all that Board’s standing committees).  He is also a director of two privately held corporations, K’NEX Industries, Inc., a toy manufacturer, and Weeks Marine, Inc. a marine construction company. Mr. Alperin has also served on the Board of Directors of K-Sea Transportation Partners L.P. and The Hain Celestial Group, Inc. He serves as a trustee and member of the Executive Committee of the Caramoor Center for Music and the Arts in New York, is President Emeritus and a Life Trustee of The Jewish Museum in New York City and is a past President of the New York Chapter of the American Jewish Committee where he also served as Chair of the audit committee of the national organization. Mr. Alperin also formerly served as Chairman of the Board of Advisors of the Tucker Foundation at Dartmouth College, was President of the Board of the Stanley Isaacs Neighborhood Center in New York City, was a trustee of the Hasbro Children’s Foundation, was President of the Toy Industry Association and was a member of the Columbia University Medical School Health Sciences Advisory Council.